Port patrols working with the users 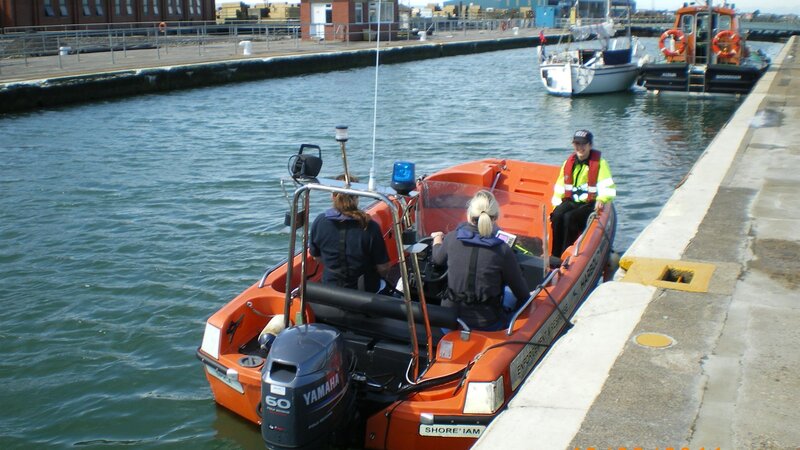 Shoreham Port has seen a busy start to the leisure season since the Harbour Master’s Patrol enforcement team have been patrolling the waters.

Sussex Police have joined forces to work in partnership with our patrol scheme and their added presence on the water has seen a significant reduction in the number of incidents. Under the direction of the Harbour Master, notices are being attached to leisure vessels that are not displaying current Harbour Dues plaques and the harbour byelaws are being rigorously enforced. Patrols have been running on the warmer evenings, which attract an increase level of activity on the water.

The campaign has been a great success as all harbour users are now adhering to our speed limits and in particular Jet Skis, (which are only permitted to launch from two designated sites within the harbour) are seen to be abiding by our byelaws.  Safety is of paramount importance and the patrol vessel Spica has also been involved in assisting with removing debris inside the Canal and assisted a vessel with engine failure, by carrying crew members back to shore.

Harbour Master, Julian Seaman, says “I am pleased to report that all leisure craft users are enjoying the water safely and responsibly, and with the help of the volunteers of the National Coastguard Institute and the MCA we are starting to check and encourage all harbour users to comply with safety regulations and ensure all crew wear a life jacket. We are gradually getting the message across on life jackets through notices published by the MCA ‘Useless Unless Worn’.